J.COLE: TO BE (DOWNLOADED) OR NOT TO BE?

One of the greatest ever. Artists and albums, both categories meant.
I'm tired of streaming, however. Laptop is a pain in the ass and shit is blocked on mobile devices. And there go you, at a crucial point: should I just free-download 4 Your Eyez Only *the easiest way* or do I owe Cole something?
Be my guest for a journey through my pockets and ethics.


First of all, I do feel like I owe Cole something: I'm a rapper myself, and 10+ years and 5 records down the line I know just too well how much it takes for an album to be brought to light. And you put it out there for a tenner or two, the price of a couple of beers. Whoever says "I don't have the money" is a liar. Just say you'd rather put it towards another beer, another burger or another joint. But don't say you don't have the money. You do. Your half-a-grand mobile proves it already, your pics on Instagram do the rest.

But second of all, hold on: exactly because of years of plain bullshit by the majority of those who claimed to be my fans, or even worse the dick-riders and yes men I promoted for free when I was running Italy's top underground rap radio program for free, do I really have to feel like I owe something to a guy who's making music out of the other side of the planet? Why? And also, does anything even change for a multi-platinum artist if I just rip his whole discography? Hasn't he already made it, isn't he already sorted for this and the next lifetime with the money he's made?

Third, putting things into perspective: should I maybe steal here and divert the budget towards another rapper who's struggling to come up? There's Locksmith making wonders and quite frequently struggling to reach a couple of hundred thousand views on Youtube. Nevermind opening the Kenn Starr chapter, it's just too sour to see how his diamonds sunk in the rough. Shouldn't I give such guys my 15 bucks rather than Cole, despite how much he'd deserve for his album to be bought and top the charts? Wouldn't my money make more of a difference this way?

And Cole pissed me off, also. I was trying to compromise a couple of weeks ago and checked out Dreamville's on-line shop. I spent good half an hour skimming through for something to buy and show my appreciation as directly as possible - meaning no third parties involved. But 4YEO only on vinyl and cassette when all I need is a CD; alright, then the snapback was sold-out; right so let me jump on a goddamn t-shirt or something...but will an M-size be an M-size, or an M-size the American way where Charles Barkley gets an L because XL is shaped on Shaq? Shipping to Europe seems to be quite of a pain, nevermind if I were to return stuff. And man, does that stuff really sell? I mean: are fans really up to spending more for Dreamville-branded items than the piece of art itself - the album?! Shit, I don't wanna be part of that crowd. I'm here for the music, leave the rest to teens and groupies.
I'm just being a lazy bitch here, to be honest. It's my mind playing games, trying to make me act instinctively. And what's that? Guess what: download, don't pay, who cares, you're right. End of.

End of? Certainly not. The dilemma goes on, just without the latest bit.
What now? 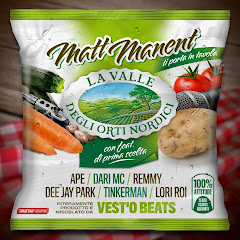